Well, hey! I’m excited to announce that both The Confession and Multiverse will be screening next week!

The Confession will be playing at IndieWorks in Manhattan, which is awesome because that’s where Rebecca De Ornelas and I met the film’s Director Jaclyn Gramigna, when Multiverse screened there at the same time as her short, Downtown.

This month’s IndieWorks is on March 16th, at Subject NYC. Doors open at 6:30PM and screenings start at 7:30PM.

Multiverse will screen as part of the Cinema Club screening series in Brooklyn, as part of their 50th program, “Handshakes but Headaches”. I’m just guessing, but I think we might be part of the “headaches” portion of the program 🙂

Cinema Club takes place at Videology in Brooklyn, and screenings for this month’s session will start at 8PM on March 17th. Lead Actor and Producer Rebecca and I will both be in attendance.

I’m pleased to announce that The Confession will be screening on February 13th, as part of the Big Apple Film Festival’s 2015 Made in New York Filmmakers Showcase!

Director Jaclyn Gramigna will be at the screening, so feel free to say “Hey” to her afterwards if you decide to attend! Tickets will be available beginning Thursday, February 4th, and also at the Producer’s Club box office on the day of the screenings.

Many thanks to the Big Apple Film Festival for screening the film! And thanks again to our supporters on Seed&Spark! 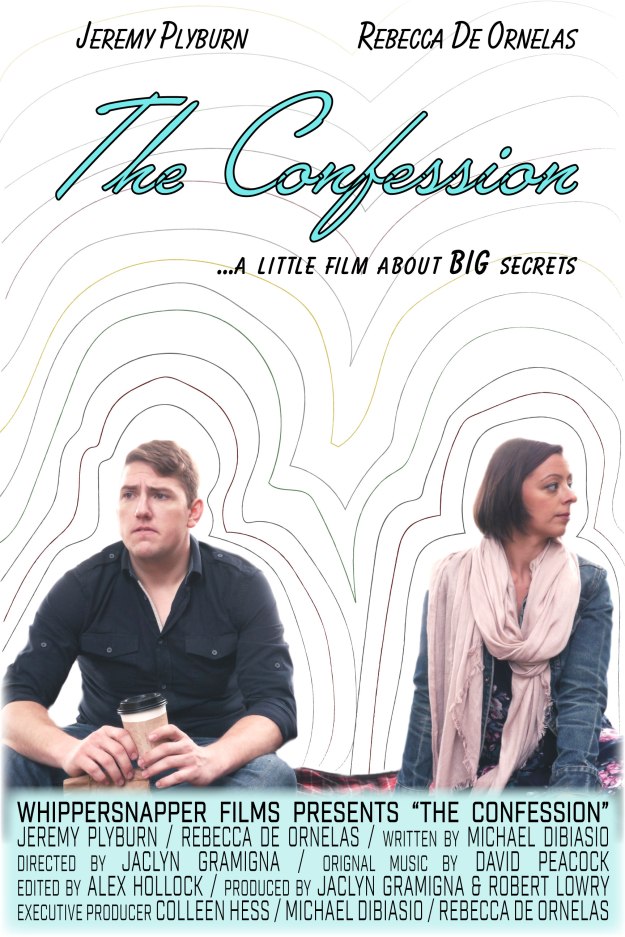 I am thrilled to announce that The Confession is now available for your viewing pleasure.

Many thanks to Director/Producer Jaclyn Gramigna for overseeing the production of the film, and to the rest of our team for their great work. Above all, we’re grateful to our supporters on Seed&Spark, who helped make this 95% crowdfunded film a reality.

(The other 5% was paid for by yours truly, to cover a few overages. If you enjoy The Confession, feel free to send over a few dollars to help offset that added cost).

Summary: Jacob and Ellen wander through Brooklyn, the morning after spending the night together for the first time. Jacob’s acting strange. Ellen wonders why. A confession is coming. And it’s not what you expect.