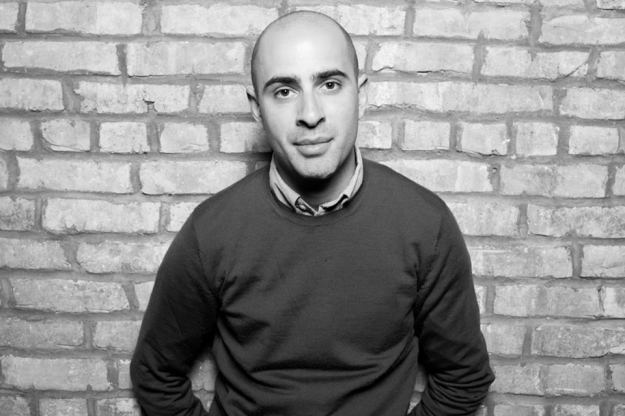 Indie producer Eddy Vallante got his start working on The Sopranos, and has been working diligently to chase (get it?) his own version of that level of creative success ever since.

Eddy and I grew up minutes away from each other in Rhode Island, but didn’t meet until a few years ago. We’ve swapped many tales of bloody indie producer battles since. Check out this latest episode of Coffee with Creatives to hear about:

We also talk about how much we love our awesome wives. If you don’t think that’s
important, then you must be new to the podcast and blog (which is totally fine, welcome!) because around here we love love.

Eddy is a good dude working on cool stuff. Follow him on Twitter for updates or to ask him or me any follow-up questions.

As reminders, you can also subscribe to Coffee with Creatives on iTunes and support the podcast on Patreon.

I do not like struggling students. But, first, let’s talk about the spitting satanist. Well, she may not be a satanist. But she’s at least looking for one. I think.

Yesterday, I got up, threw on a pair of jeans and a t-shirt, leashed the pup and went out into morning. I was tired. I don’t remember any part of the walk except the end of it, when I was re-approaching the entrance to my building.

A young woman was also approaching the building, from the opposite direction. She was a little closer to the entrance than me, but I wasn’t sure if she was going in or just ambling in the direction of the door. She was moving slowly and veering a little and…well…occasionally, if I’m up early, I pass drunks who have just woken up somewhere and are now on their way home or somewhere else. She wasn’t necessarily lumbering, though, and she was a young female (not your typical early-morning drunk), and she didn’t seem to be carrying anything with her to keep the buzz going or to wind it down (also a typical sign).

She may have been high. I hadn’t had my coffee yet so I wasn’t going to be able to tell. All I know is that she stopped short of the entrance, leaned over the railing that separates the sidewalk from the thin strip in front of the building that at one point might have been called a garden, and spit a spit that was made of more spit than any spit I’ve ever seen — when not on a baseball field.

Now, just to be clear — I don’t have much of a problem with spit. As hinted in the previous sentence, I spent a lot of time on baseball fields when I was younger. Spitting, in this context, was a often sub-game within the sport. Similarly, in my younger years I spent a decent amount of time here and there riding along delivery routes with my father, who was a spitter — though only really in this context. Also, a lot of my neighbors come from cultures where spitting is not a big deal. I won’t say I’m thrilled when they spit inside — or when I have to steer my dog around multiple scattered yolks of human DNA stretched along the sidewalk, but…when, for instance, I see an old man or woman rear back and drop a fresh one…I don’t mind. Old people tend to veer off to the side when they spit. Then again, many of the old in New York are living perpetually off to the side already, are thus perfectly positioned to grant this courtesy. Finally, I still spit sometimes, when my wife isn’t around.

My point is that, if I observed yesterday’s spitting woman more closely, it wasn’t out of some need to illustrate my disgust, or in order to judge her. I was literally just wondering if we were going to intersect (my dog likes to play with everyone) and then found myself momentarily transfixed by the volume of what was coming out of her mouth.

Still, when she turned to look at me, I felt a little embarrassed. I didn’t know this woman, and I wasn’t going to explain all of the above to her in the span of seconds, while on my way through the door with my dog. Also, all of this is clear to me now only in retrospect. At the time, again, it was early and I hadn’t had a yet had a drop of coffee.

I confirmed to myself that she didn’t seem to be chewing tobacco. I faintly recall trying this explanation out seconds after I saw her spit — but the spit had been clear. She also didn’t seem to have too much of a problem stepping right up to me. The woman was short and thin, maybe twenty or a few years older. She wore thick black glasses and had a few piercings and was dressed in tight-fitting clothing that was mostly black and red. If she weren’t where she was and didn’t also give off an air of actually owning her appearance rather than renting it it out, she might have passed for a sort of goth-hipster hybrid who was actively pursuing the look. But that’s really just conjecture, engineered by a tired mind. And I didn’t really have time to think about it because she started talking to me.

She asked if she could ask me a question. I said sure. Then she asked me if we were living in a New World Order. I said I didn’t know.

I also said no to this question, and I began making my way to and through the door, because it seemed silly. Then she asked me, finally, as I was leaving her behind, if I was a Satanist. I said no again and lingered a moment inside until the door closed behing me. I wanted to know if she was planning on entering the building as well. She hadn’t entered, and for some reason it suddenly occurred to me that she had asked me three questions rather than the permitted one. I thought that this thought of mine was funny. I wondered what a fourth question might have been like. Where do you go after satanism?

I went upstairs and had my coffee and ate breakfast and thought occasionally about what had happened. I wondered who the woman was, whether she was crazy or high or just fucking with me or all these things. I wondered if the experience would have gone differently, if I had already had my coffee upon meeting her or if I wasn’t being pulled inexorably — as I usually am — towards the mundane responsibilities of the coming weekday.

Shortly after, I glanced in a mirror, while on the way to my bedroom to get undressed for my shower. I realized that I was also wearing black and red, as well as a gray military-style jacket, and that I looked just haggard and rough enough after a long week that there may have been a slight possibility that the woman’s questions were, in relative terms, somewhat serious. Then again, I was walking a terrier on a pink leash, who only acts satanic when you’re trying to trim her nails…so…

For serious — the experience, however brief and uneventful, was fun. It seemed an intersection of the mundane with the exceptional, with neither element necessarily appearing more ridiculous than the other within the particular equation. When it happened, I remember feeling a little on edge, unnerved. Then: amused. And, now, finally, obviously…interested.

I like it when my interest is piqued. Hail Satan.

On to the rest of What I Liked This Week:

I liked that Rhode Island, the original hometown state of The Furious Romantic, passed legislation recognizing marriage equality for all. This actually happened a few weeks ago, so I apologize for failing to write about it last week. Still very proud of my state, however. I also like this op-ed that RI Governor Lincoln Chaffee, a former Republican, submitted to the The New York Times, as it symbolizes a thoughtful, measured approach to solving this rights issue despite the practical impediments thrown in its way by conservative politics.

I liked this video, in which Massachusetts Senator Elizabeth Warren introduces a piece of legislation aimed at reducing interest rates on student loans subsidized by the government, so that they match the interest rates currently paid by banks also borrowing from the government. Sounds, fair, doesn’t it? Currently, interest rates on student loans are set to double if Congress does nothing to change this. Since Congress isn’t capable of doing anything that doesn’t help Congress and/or The Elite, because Congress has been held hostage by Republican extremists for years, it’s a safe bet that — unless we raise a ruckus and, possibly, even if we do — Congress is going to do nothing. If Congress does nothing, students will soon be paying nine times as much interest on government loans as big banks. Apart from being unfair, this makes little sense in terms of addressing the root causes — and especially the serious effects and the long-term health — of our stagnant economy.

While bankers and the elite continue to have it easy, young people (especially young people who don’t come from or sell out to the elite class) continue to be punished for their mistakes. We are literally in danger of becoming permanently indentured to the (rigged) system. Ultimately, this legislation (if it were to ever pass) is a drop in the bucket. The issue is much bigger than interest rates, but this is at least something — something measurable that people can see and grip.

Students saddled with burdensome loans have to take and keep jobs that already exist or exist in dwindling numbers, at least in terms of quality positions. If they get jobs at all.

Let’s say loan payments go down at the same time as a few heads pop out of a few asses and we (young people) get a few other bones thrown to us (or we sniff out our own bones), resulting in a handful of new or additional work opportunities here and there. Fewer students shackled by higher loan payments means more entrepreneurship and more small businesses, which is where real job creation and economic growth comes from — especially in an economy where large corporations continue to sit on record profits rather than invest in domestic growth. It’s also far easier to take a “risk” by selecting or pursuing a job in an innovative company or sector, or holding out for a job you’re passionate about (and would perform well in), or leaving a job you are not passionate about (in which case, you’re probably at best an adequate performer) when you aren’t anxious about mounds of debt.

Something else I liked this week was this fact sheet on Youth Unemployment in the US, compiled by the Center for American Progress and emailed out this morning by Senator Bernie Sanders of Vermont. If all this nonsense upsets you, or gets you thinking, I would suggest reading through this (short) document as well. Want to do something about your anger, after that? Sign this petition by the Working Families Party, which asks Congress not to let student loan interest rates double. Again, it’s something. Something that takes seconds to do.

Have a good week, Furious Faithful.